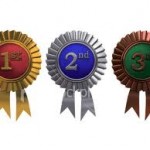 Before we know it, all the universities of the world will be ranked and a seemingly impenetrable class system of institutions will be set in stone.  I assume that proponent of ranking will claim that nothing is concrete about rankings; after all, institutions have the ability to move up and down based on their performance.  But it all feels a little bit like the American Dream – you can make it to the top with clever strategies and a lot of hard work.  But we know this isn’t true.  Factors such as money, reputation, national policies are much stronger forces than hard work and strategy.  Very likely, the majority of universities will maintain their intitial location, holding on to their prestige or remaining entrenched in their inobscurity.

As ranking comes to the Middle East, North Africa (MENA) – Daniel Kratchovil and I decided to point out the inequalities in the process and call for a more nuanced and collaborative method of ranking.  Read our article for University World News here  – http://www.universityworldnews.com/article.php?story=20140916142944380